How to Make Multiple Batches of Broth From the Same Bones 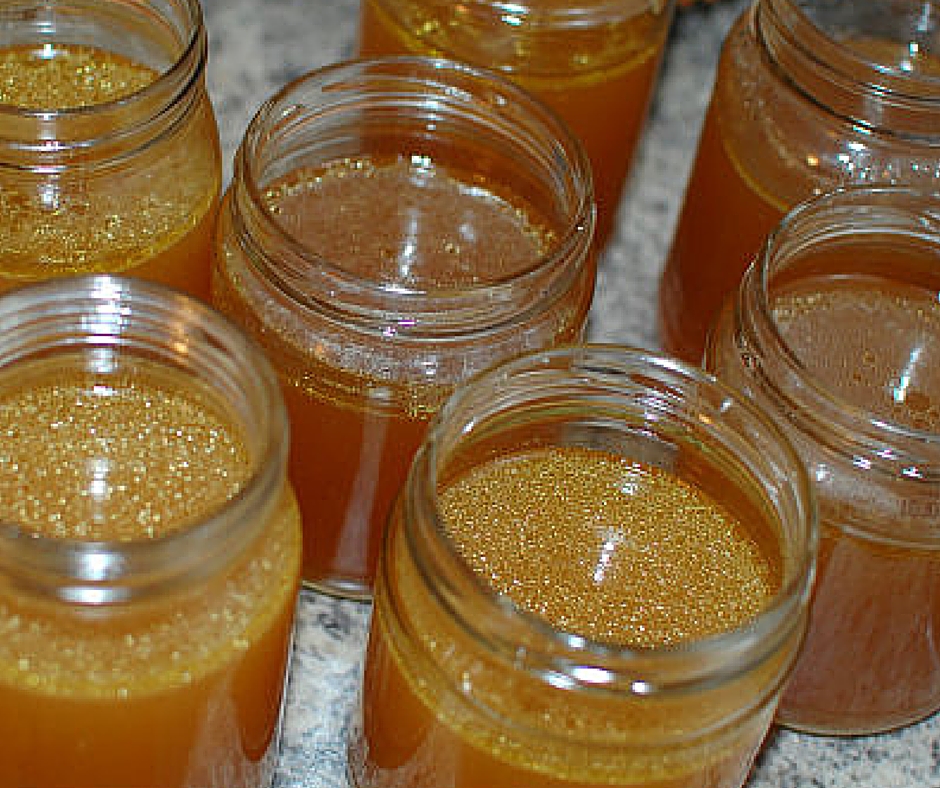 Homemade bone broth is a superfood.  Making your own broth is one of the easiest, least expensive and most nutritious ways to boost your Real Food intake.

Have you tried it?  The process might seem a bit intimidating at first, but once you get the hang of it it’s really not a big deal.

Read more about the start of my broth journey here: Homemade Chicken Broth, What That “Free Range” Label Really Means, and My Complicated Relationship with Sally Fallon.

I can’t even remember the last time I bought broth of any kind–I’ve always got homemade broth in the freezer or a batch of broth cooking in the crock pot (or both!).

Once I got into the groove of producing a steady supply of homemade broth, I began to wonder if I could re-use the same bones to make multiple batches of broth.  I was hooked on the benefits of homemade broth, using it for so many things that we were running out of the stuff.

So I poked around on the internet a bit and discovered that others were in fact doing that very thing!

Now I routinely make three batches of broth from each set of bones–chicken or beef.  I use the first and second batches for soup and the last batch to cook rice.

In the picture below, you can see the difference from the first batch (on the left) to the second (in the middle) and third (on the right).  The third batch has less fat on top, and is lighter in color.  But it’s still a great way to add extra nutrients to something you’d generally cook in water, like rice, beans, etc. 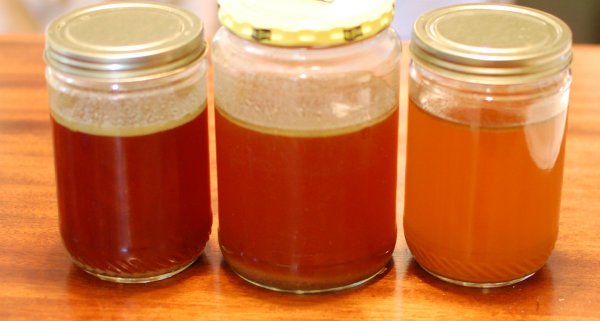 Here’s my basic process, updated a bit from my original Homemade Chicken Broth.

I usually start by cooking one or two chickens in the crock pot with this simple recipe. 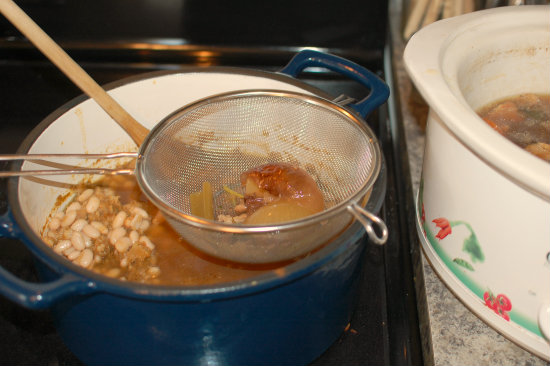 Adding broth from the crock pot to the soup pot

Update: I finally wrote an entire post about freezing foods & liquids in glass jars. Here it is: How to Freeze Food in Glass Jars.

For multiple batches of broth, simply repeat the process!  The bones and veggies go back into the crock pot, along with vinegar and cold water.  I also add a new set of veggies for each new batch of broth. 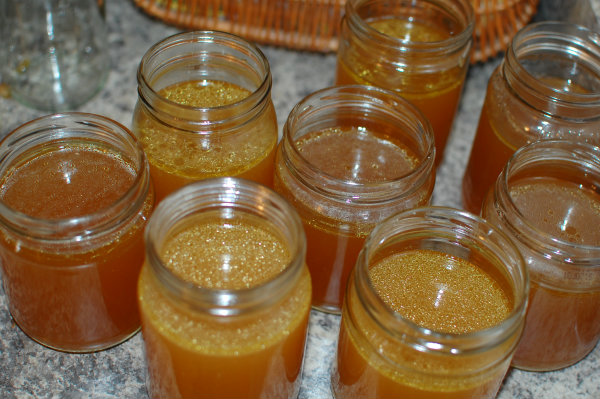 Chicken broth, ready for the freezer

Feed the remains to your animals!

If you happen to have backyard chickens, like we do, you can actually feed your “broth remains” to them.  Now that we have dogs again, they typically get first dibs on the bones, and the rest goes to the chickens.

If you have no animals, broth remains can also be composted.

As a last resort, you can toss the remains.  Use two plastic grocery sacks, placed one inside the other (double-bagged).  Rest the bags on the counter, spreading the handles to create a nice, round opening.  Then quickly insert the strainer full of cooked bones, etc. and dump.  Tie up the handles into several knots, and place in a trashcan far away like the basement or garage.

Again, more details now provided in this post: How to Freeze Food in Glass Jars.

To thaw the broth, I usually get out the required number of jars before going to bed, leaving them on the counter until morning.  It does require a bit of planning ahead, but it’s totally doable.  If I’ve forgotten to thaw broth overnight but remember the next day with a few hours to spare, I position the frozen jars next to a hot pot on the stovetop, or on top of the stovetop while the oven is on. 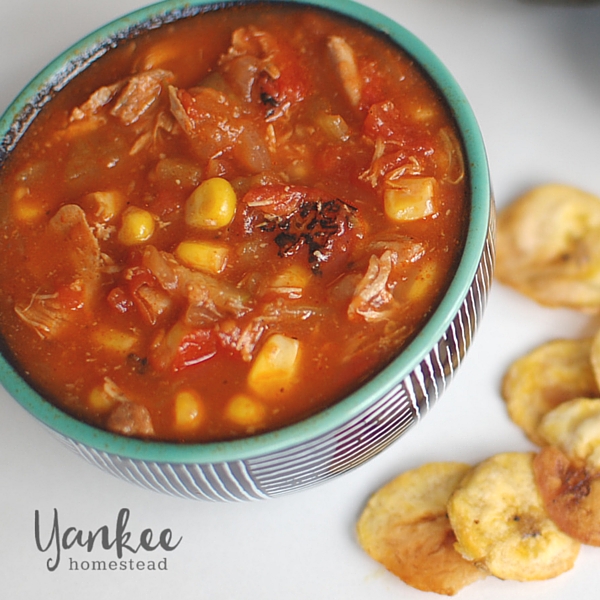 The last four listed below are my favorites!