Are You Planting Tomatoes the Right Way? 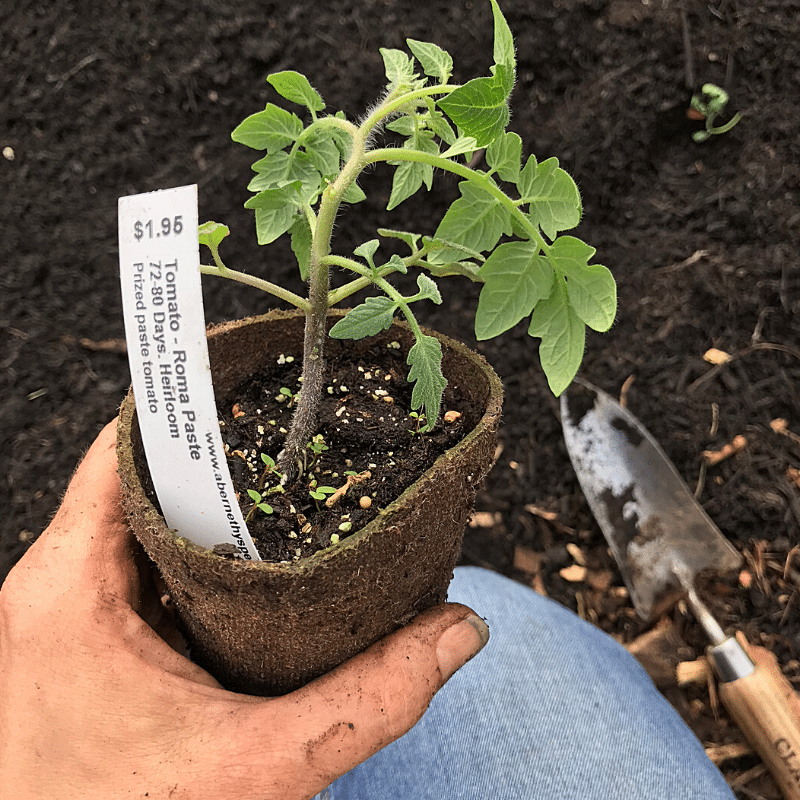 Are you planting tomatoes the right way? 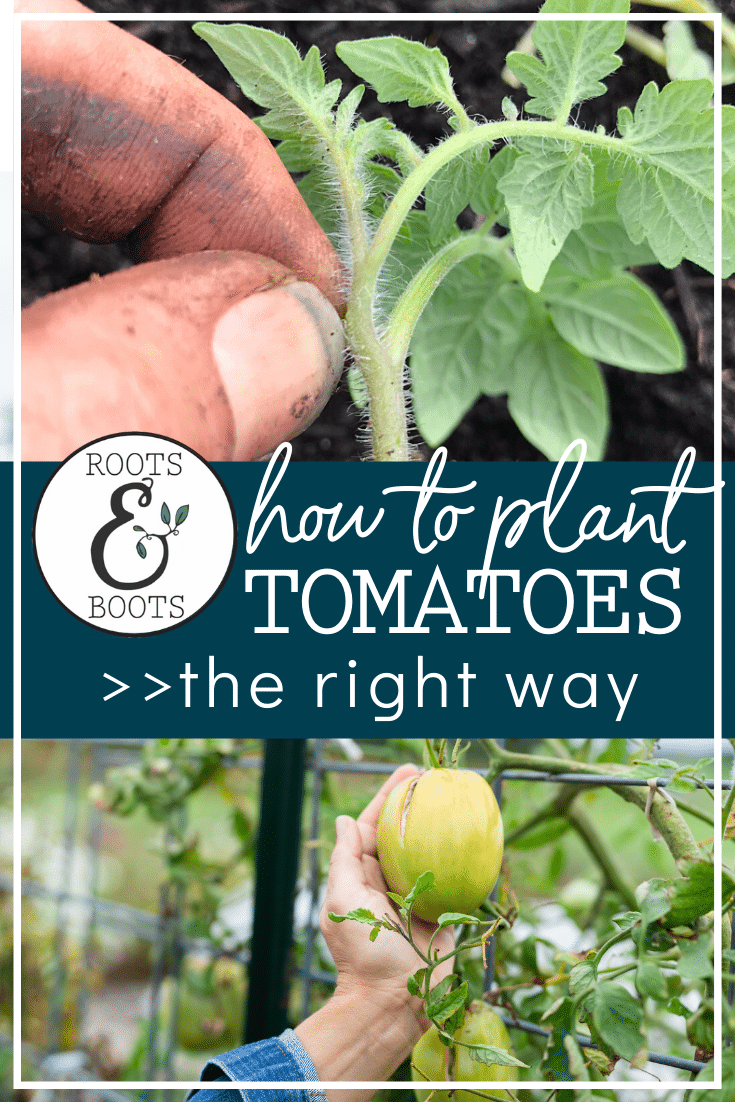 I learned about planting tomatoes the right way from Mr. Native Texan’s second cousin Christy, who became my gardening mentor when we were newlyweds back in Texas.  Christy was an awesome lady with the best southern accent and hilarious anecdotes for every situation.  I wish you could meet her!

Until Cousin Christy came along, I had never even realized there was a right way and a wrong way to plant tomatoes.  I thought you just stuck the roots in the ground and covered them with dirt.  Just like anything else I’d ever planted. 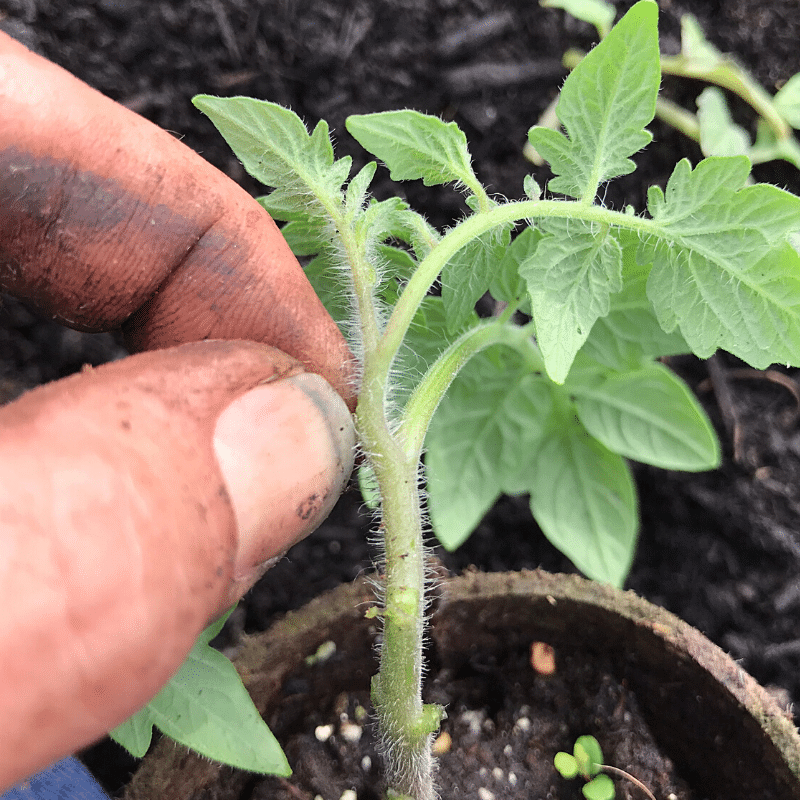 It turns out there’s actually a trick for sticking the roots of a tomato plant in the ground.  Cousin Christy taught me this simple method, and now I’m excited to share it with you.

You’ll sacrifice a few tomato branches upfront, and the plant will seem very small at first.  But planting tomatoes the right way allows the plant to grow more roots and stronger roots, which will produce a stronger, healthier plant in the long run. 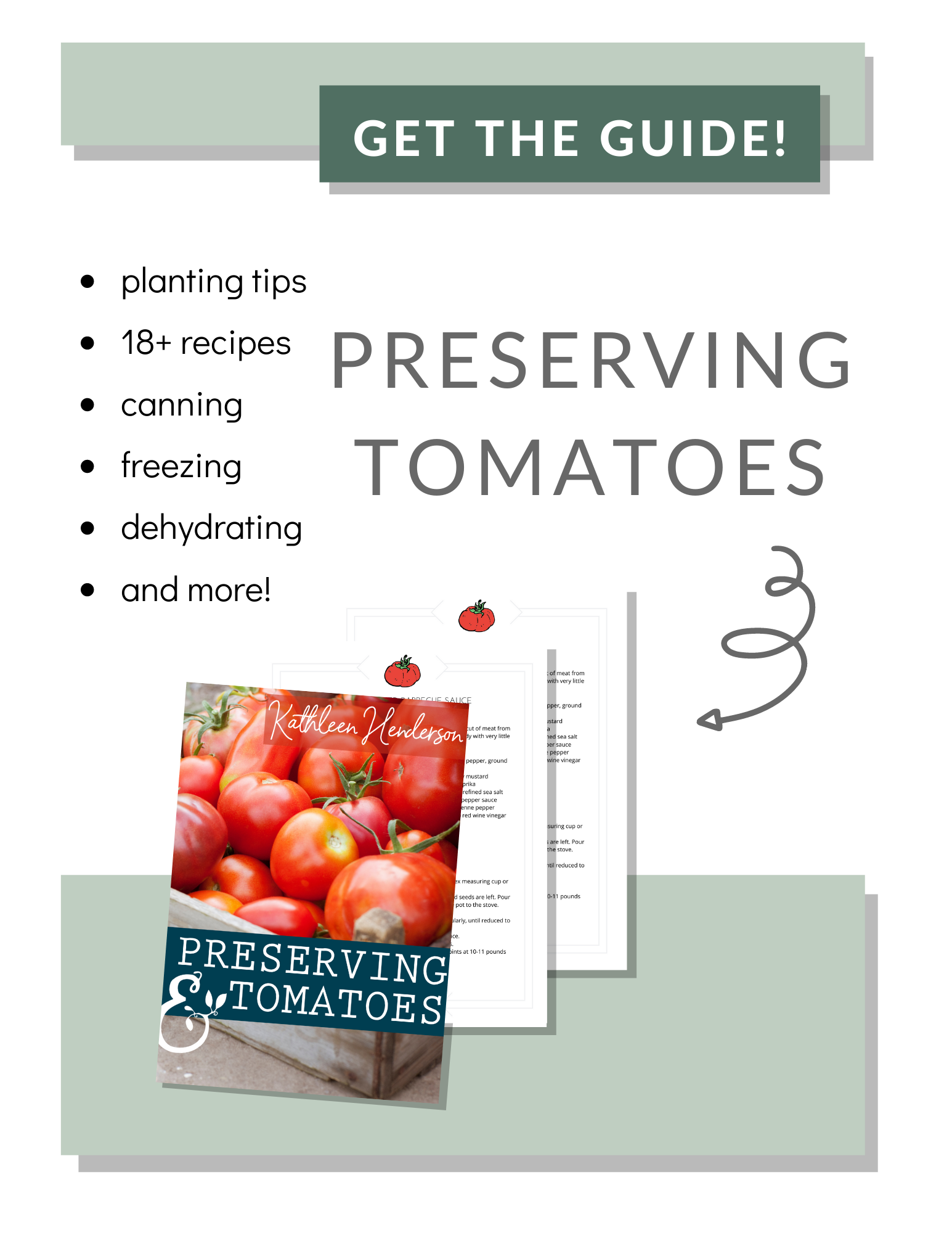 It’s tempting to go for the tall, leggy tomato plants, but the smaller the plant, the smoother the planting process.  Smaller plants transition infinitely better than larger plants.

Start small, keep your plant healthy, and it will grow into a stronger plant and produce better fruit in the long run. 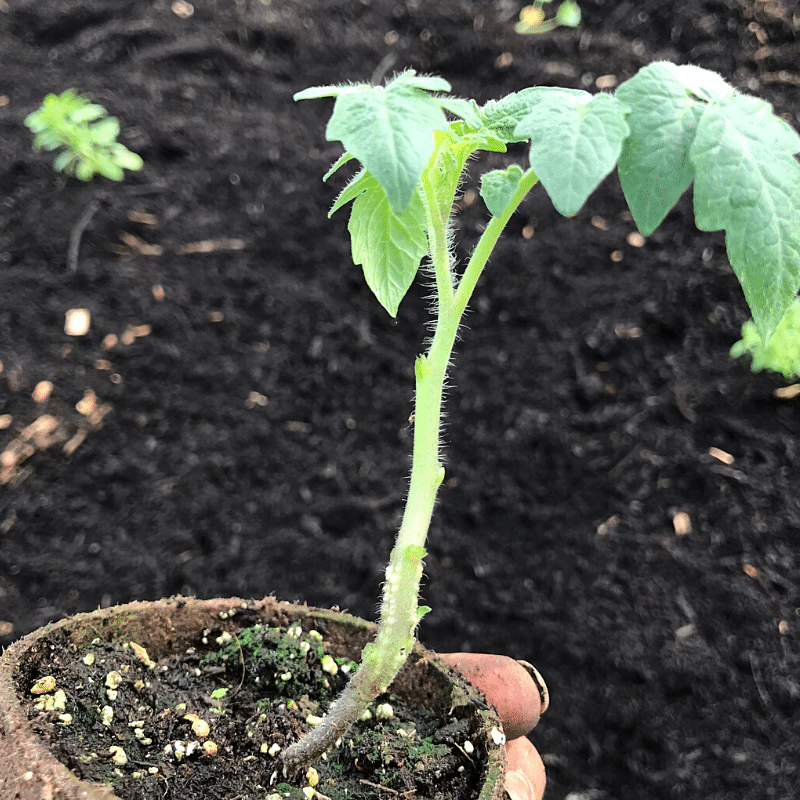 Pro tip:  If you start your tomatoes from seed, you may end up with leggy plants.  At least that sometimes happens to me!  By the time you get your plants in the ground, they have grown a bit taller than you would have liked.

No worries!  In fact, planting tomatoes this way actually turns a “problem” into an advantage.  By planting the tomato plant on its side, the extra-long stem will form additional roots which will lead to a stronger plant.  Pretty cool, right?

Here’s the basic idea: you’re going to pinch off the lower branches of the tomato plant and then lay the entire root ball and stem in a shallow trench.  Cover the roots and stem with dirt, all the way up to the few remaining branches.

The tomato plant will grow new roots all along the buried stem, which will increase the plant’s ability to take in water and nutrients.  This larger, stronger root system will help to keep your tomato plants strong and healthy and producing lots of fruit. 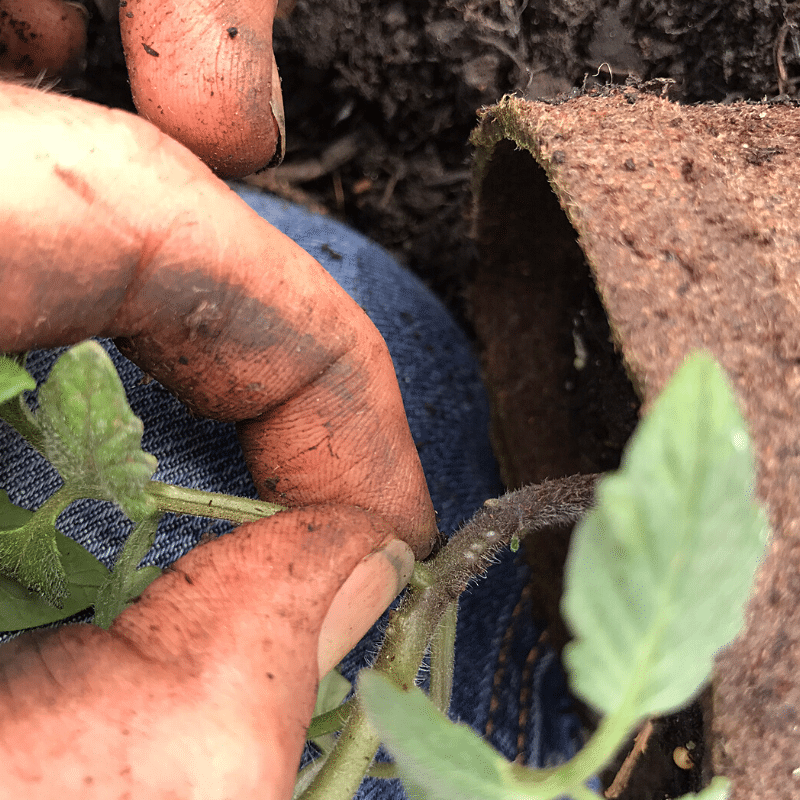 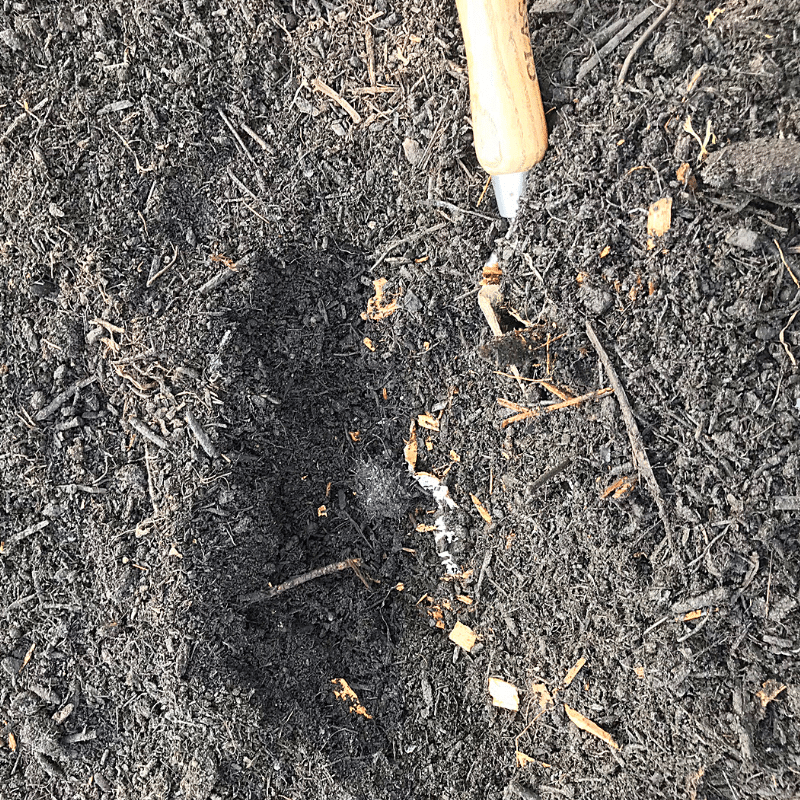 Pinch off all branches except for the top 1-3 branches. 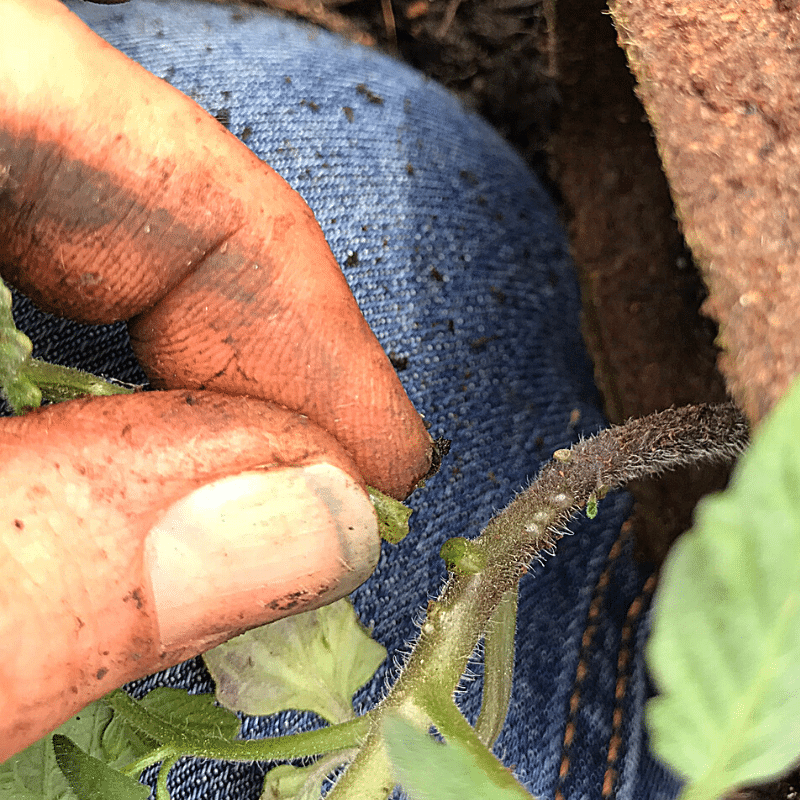 Lay the plant on its side with the root section in the deeper end of the trench.  I like to toss the pinched off branches in the trench first. 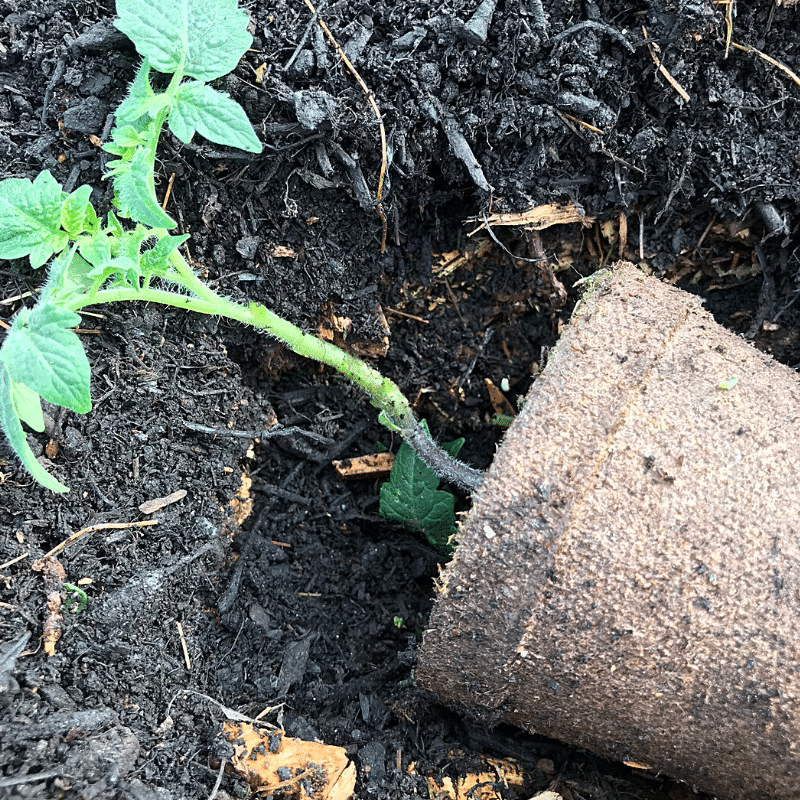 This is the step I often forget!  If you plan to stake your tomato plants, insert the stake now to avoid injuring its roots by shoving a stake in later when you’ve forgotten which side the roots are on. 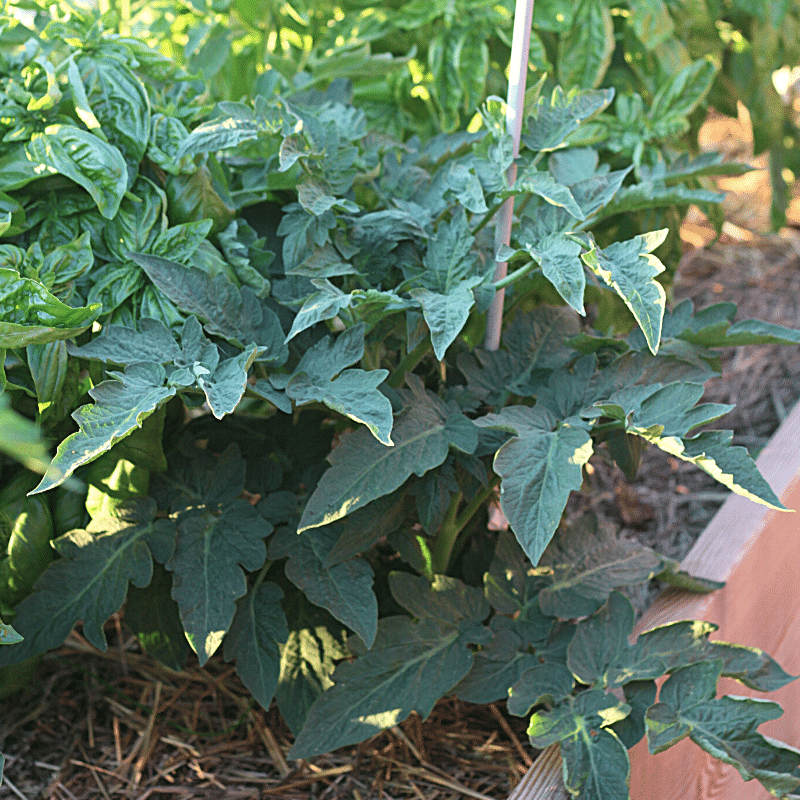 Cover the roots and entire stem with soil.  When you’re finished, only those top few tiny branches should be sticking out.  It may look small and a little funny, but the tomato plant will grow upright and look perfectly normal in no time. 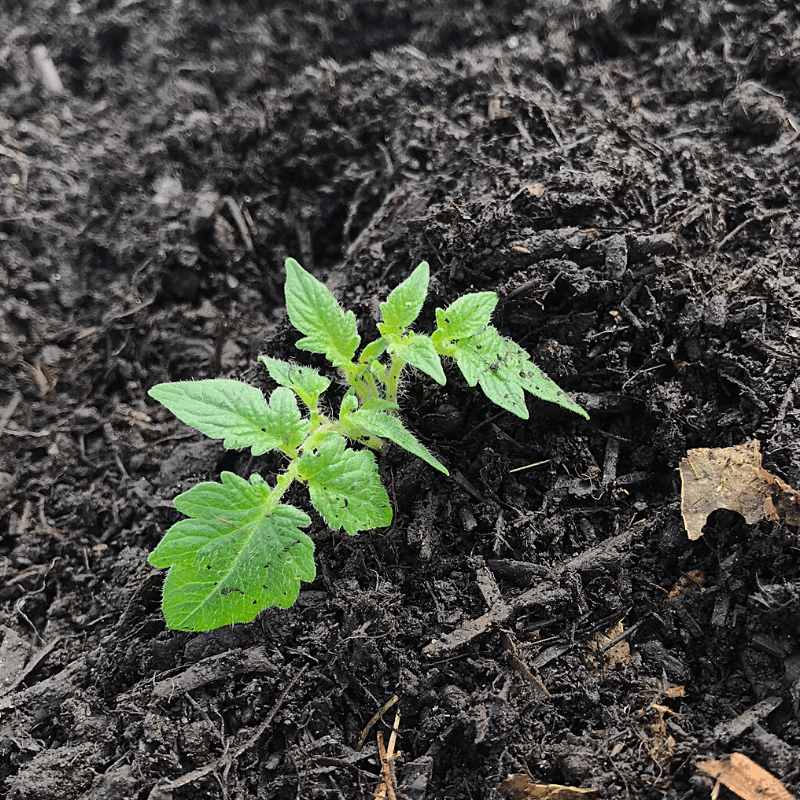 And that’s it!  That’s the simple method for planting the tomatoes the right way.

Have you tried planting tomatoes this way?  Do you have other tips for growing awesome tomatoes? 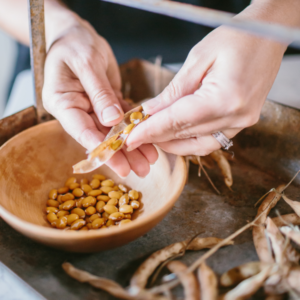 How to Grow Shelling Beans 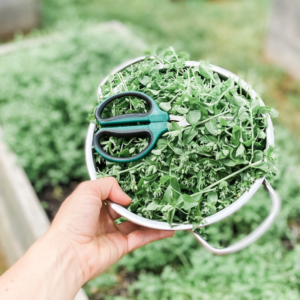 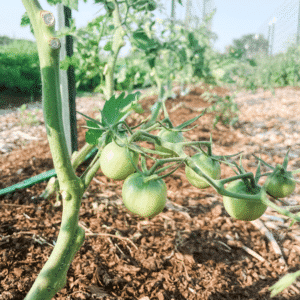 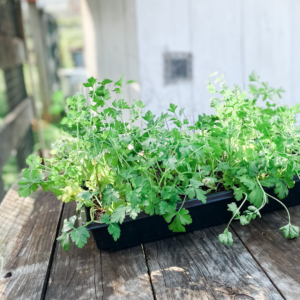 The Easy Way to Harden Off Seedlings